Measuring the Success of Mobile Gaming Advertising and Marketing

Creating a mobile game marketing strategy for your mobile gaming app can significantly increase the number of downloads of your app. Many gaming companies promote their games through traditional media, such as; billboards, posters, magazines, television, and radio. These mediums target the masses, but it can be tricky to track just how many people they reach and how many of those people convert. Skycore offers a simple and affordable way to track conversions in traditional media by integrating SMS Marketing and MMS marketing into your strategy.

By including an SMS Keyword and shortcode in the TV, Radio, or Print advertisement you are giving customers the ability to learn more without having to actually download the game right away. It may not be the most convenient time to visit the app store, or they might want time to consider downloading if it is not a free app.

Imagine a commercial on TV airs for a new game called Pixie Dust. The commercial is likely to be artistic as opposed to instructional. The advertiser wants to grab the attention of potential new players while making their loyal players remember to keep playing, and possibly get excited about a new level or feature. Viewers who have never downloaded and played the game, however, may not quite understand how the game works. By including an SMS keyword in the advertisement, viewers can learn about the game in one simple step on their mobile devices. You can send a video of the gameplay, deliver other incentives such as promo codes, provide them with updates, or just create and send fun content to keep them engaged. Also, you can ask questions and collect their SMS responses to learn more about your audience and what they want.

Increase the Lifetime Value of your Mobile Gaming Audience

The success of many mobile gaming apps is short-lived as a result of players growing bored and moving on to the next game. Since many players at this point turn off push notifications for the game, there is no easy way to send them a reminder or incentives. After a certain period of inactivity or disinterest, users often delete the app and do not think of it again. Using mass text messaging you can follow up in the future with captivating text messages about the game.

As a mobile gaming app developer, your goal is to increase downloads, conversions, and customer lifetime value. Text message marketing enables you to effectively advertise on traditional media to drive more downloads. It also allows you to increase conversions by sending an offer with the download link. Finally, it increases the lifetime value of the customer since you will be able to message them and keep them engaged, even when push notifications are off. 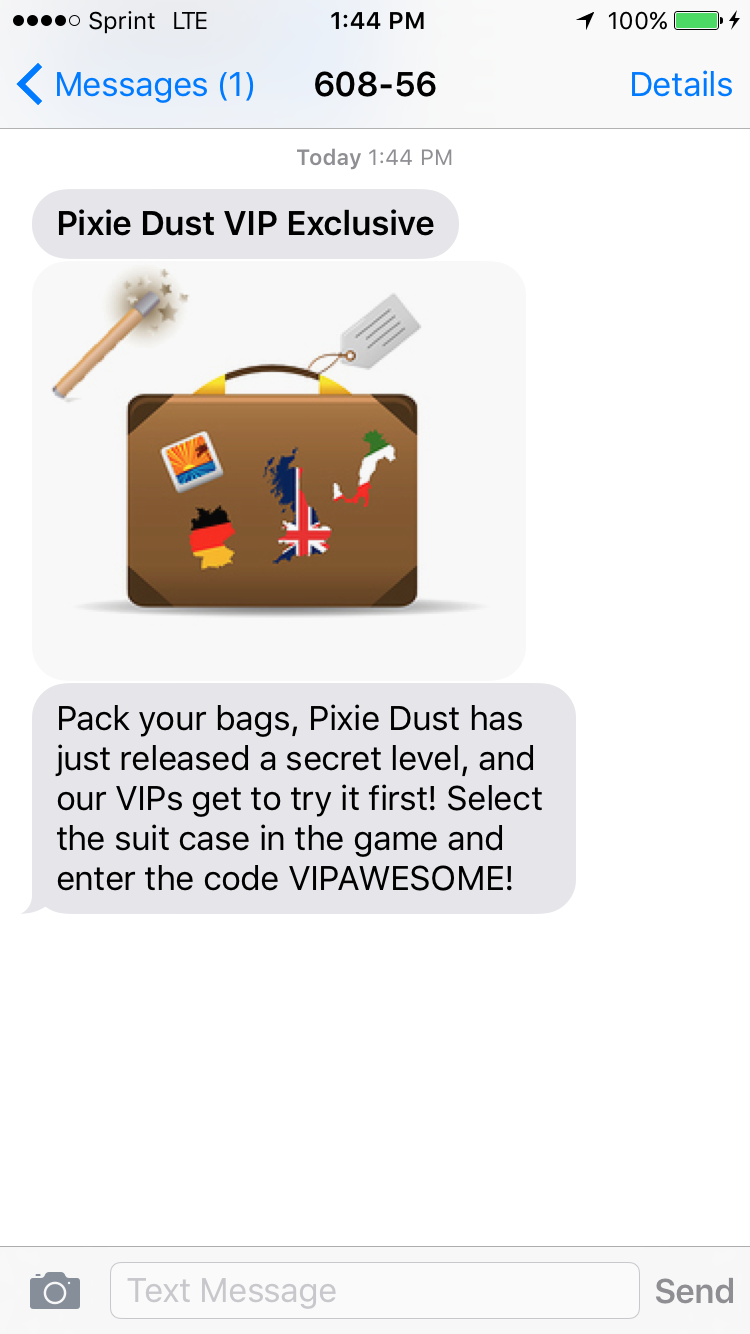