A larger video thumbnail in an MMS message is important for conversion.

When you receive a video through text messaging, you will see a thumbnail that shows the preview of the video. These thumbnails come in different sizes depending on the dimensions of the video. Because the thumbnail is the first thing you see when you receive a video, it is important it is both attractive and clear. That way, the video is more likely to be watched. On the other hand, if the video thumbnail is too small, the person receiving the video may not even watch the video or realize it can be clicked. Therefore, it’s important for any business that sends text message videos to know the optimal video size to produce a larger video thumbnail.

Our goal for this article is to inform our clients, who send videos regularly to their mobile subscribers, how to send videos with attractive and clear thumbnails. Mobile subscribers who receive MMS videos expect a good-quality video thumbnail. We decided to find out what video dimensions result in thumbnails that look the best. To find out, our team tested sending hundreds of videos of different heights and widths. Then, we analyzed how the video dimensions affect the thumbnail size on various types of phones.

Landscape videos are horizontal videos where the width of the video (and thumbnail) is longer than the height. First, we wanted to confirm that sending a small video produces a small thumbnail. When we sent a video of 380W x 210H, the thumbnail was very small on both Android and iOS as expected. Next, we tested more horizontal videos with wider widths by sending those videos to Google Pixel 5, Samsung Galaxy A10e, iPhone 11, and iPhone SE. The goal of these tests was to find the minimum width of the video that would produce the best thumbnail on various types of phones. From the tests, we found that as the width of the video increased, the thumbnail width also increased. For example, the video of 480W x 270H dimension had a bigger thumbnail size than 380W x 210H.

We proceeded to investigate how much bigger the thumbnail would get if we continuously increase the width. We created and sent videos of 746W x 420H, 853W x 453H, and 960W x 540H. Interestingly, those thumbnails’ widths were all the same on both Android and iOS. What this meant was that after a certain point, the width of the thumbnail did not get any wider. After some more testing, we found the exact point of optimal width was different for Android phones and iOS phones. That point was 720W for Android phones and 540W for iOS phones. In other words, videos with 720W or wider all have the same full thumbnail width on Android, and 540W or wider have the same full thumbnail width on iOS. Observationally, videos with 640W had nearly the same size thumbnail as 720W on Android which we would consider a good experience.

On the other hand, the results for iOS were more simple. The videos we tested above had very similar thumbnails. As long as the width was 540W or above for iOS, the thumbnail size was wide enough regardless of the height.

Following the tests we described in the previous paragraph, we recommend 720W for the width of horizontal videos so both Android and iOS users can receive the optimal video thumbnails. The height at 720W should be at least 400H to make sure the thumbnail looks good on both Android and iOS phones. If you cannot provide a video with 720W, we would recommend 640W but no less than 540W to be the minimum width. Regardless of the width, the height should be 400H minimum for a good video thumbnail. 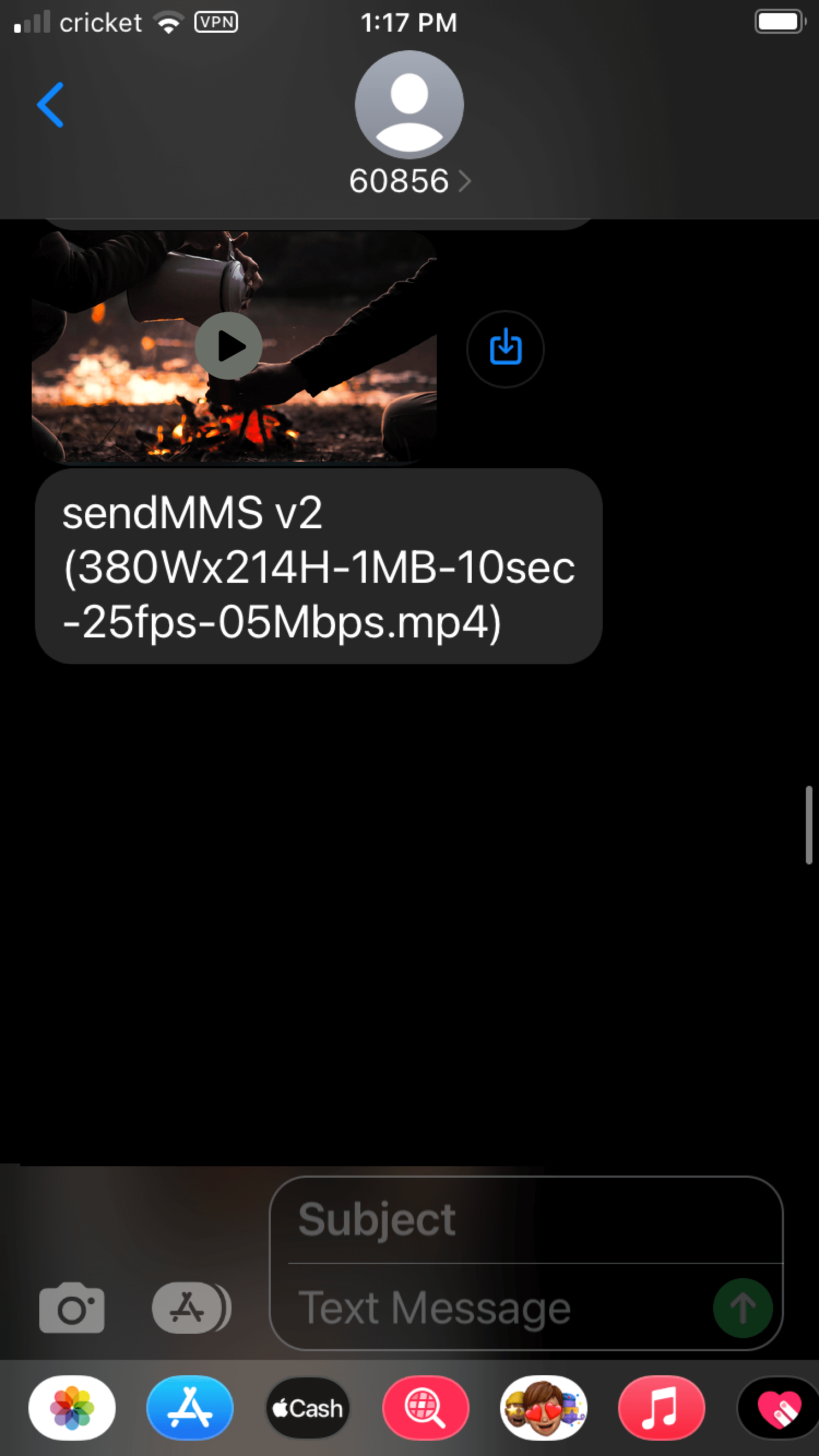 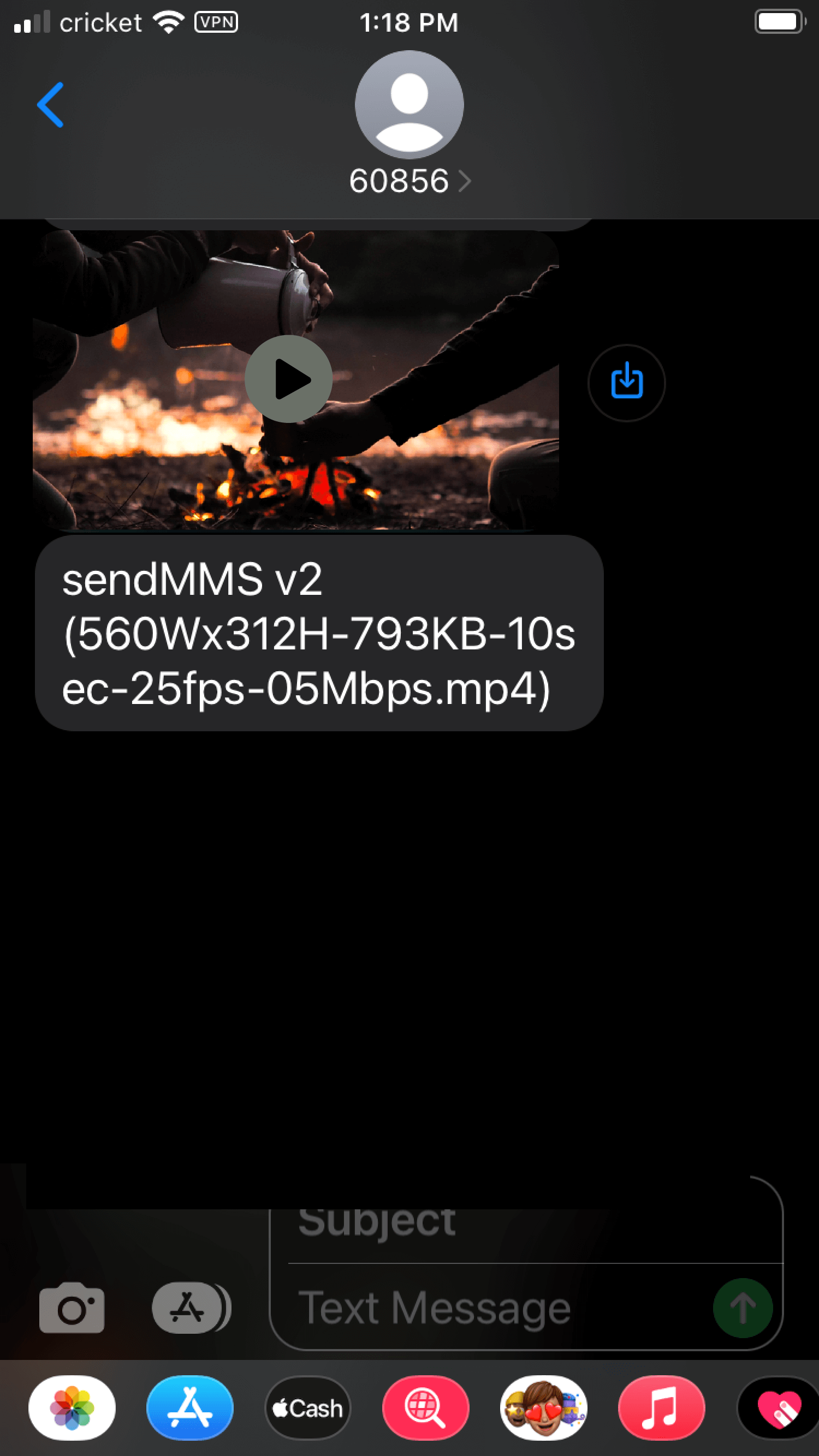 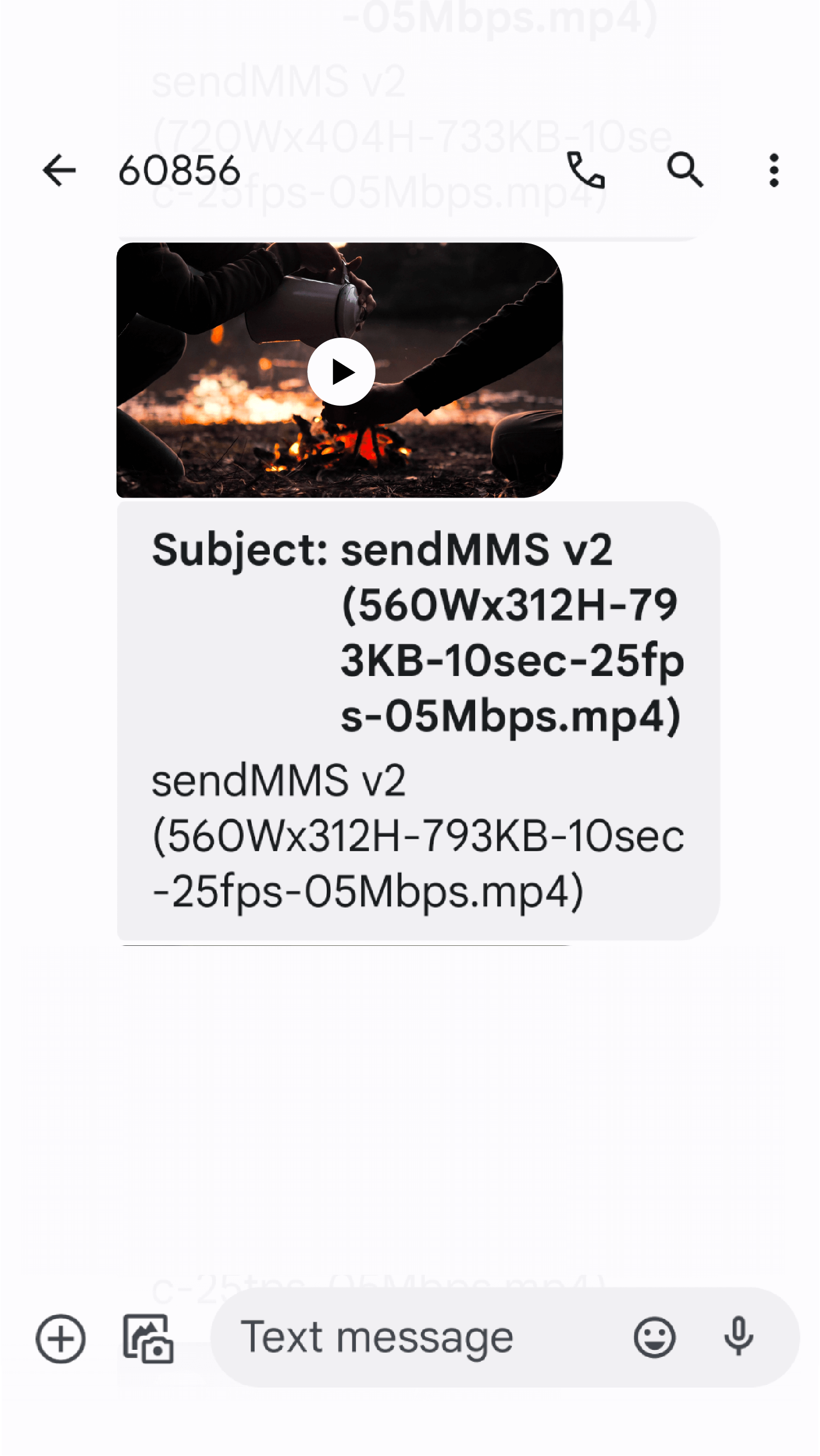 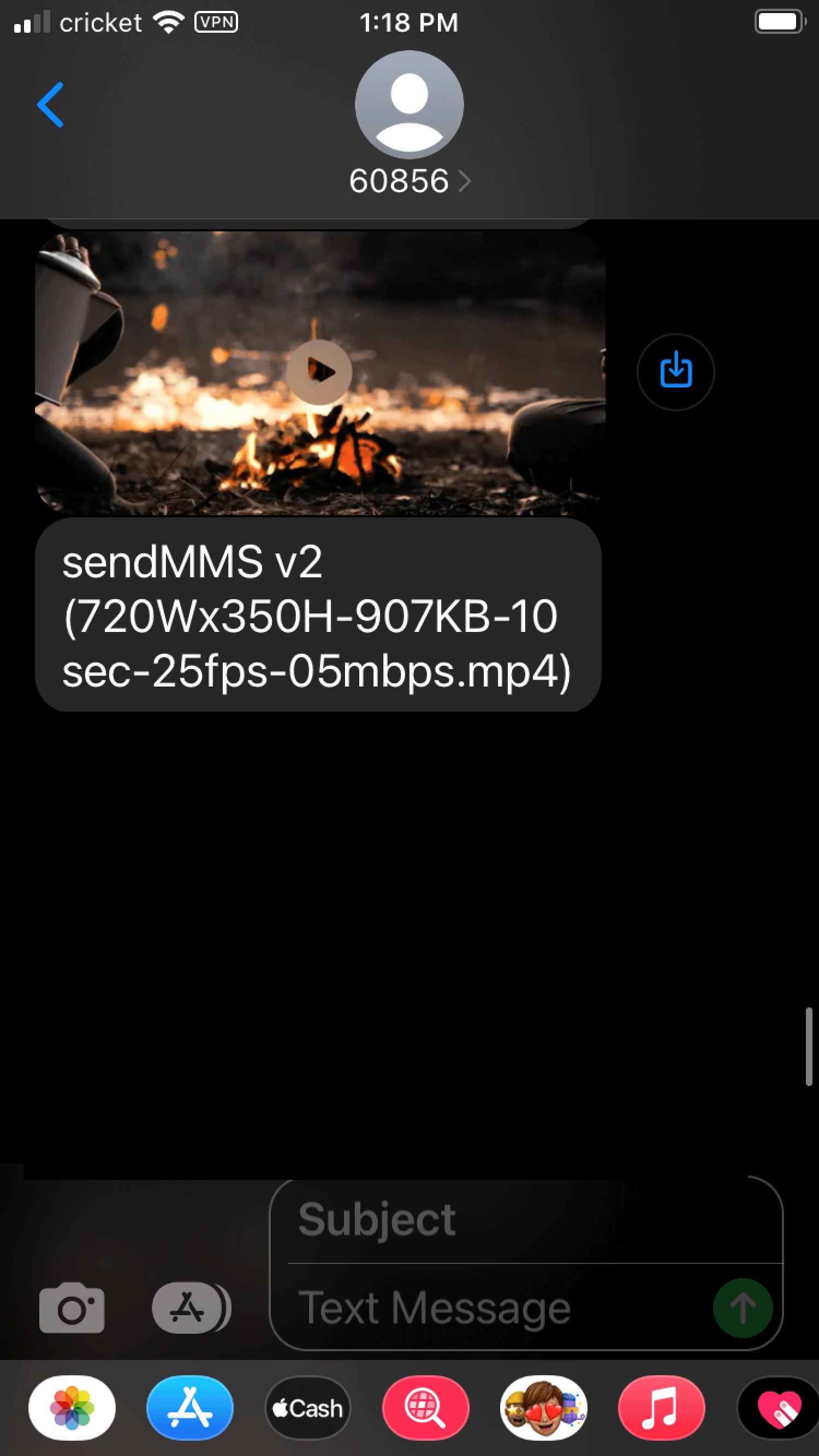 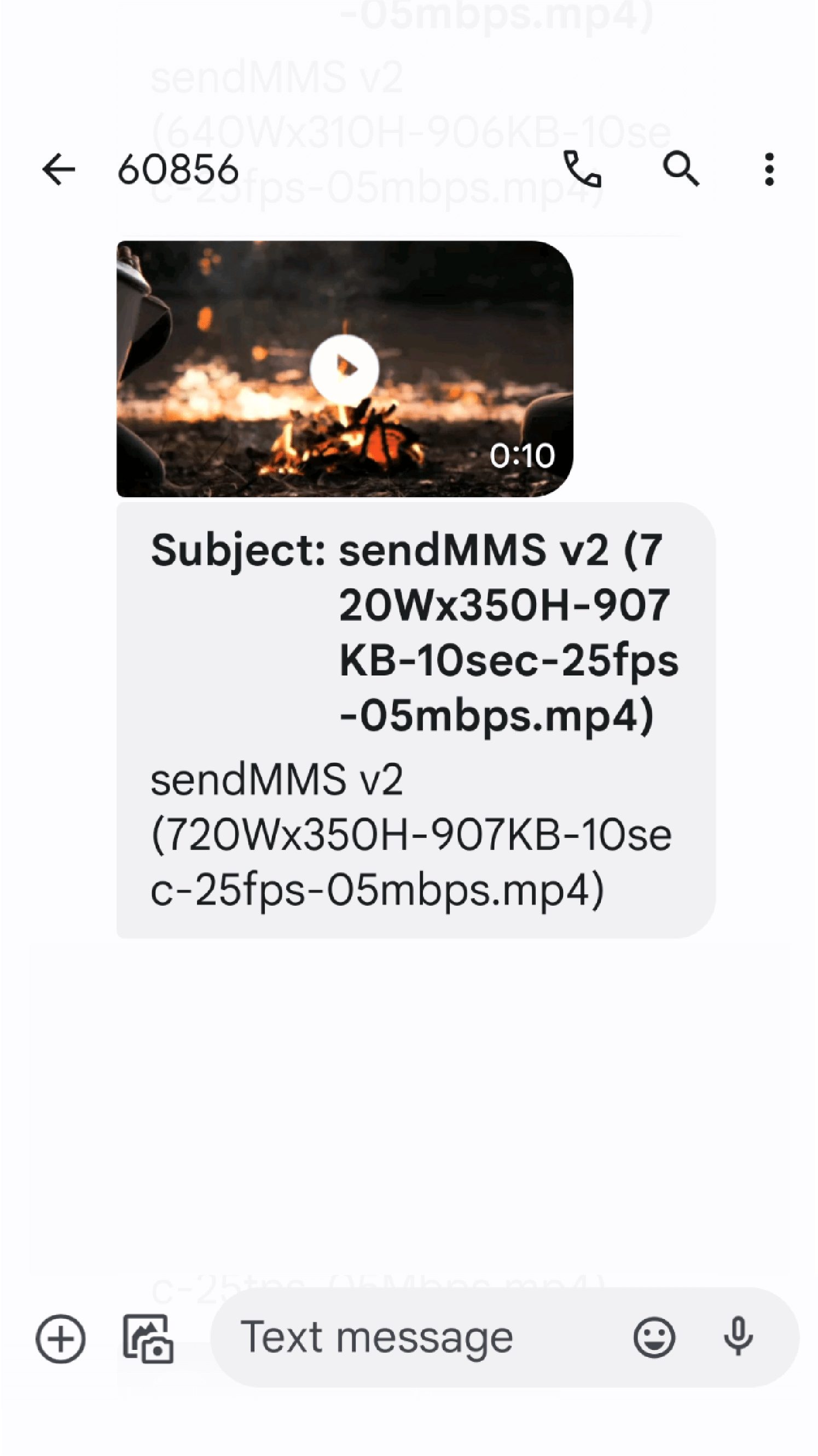 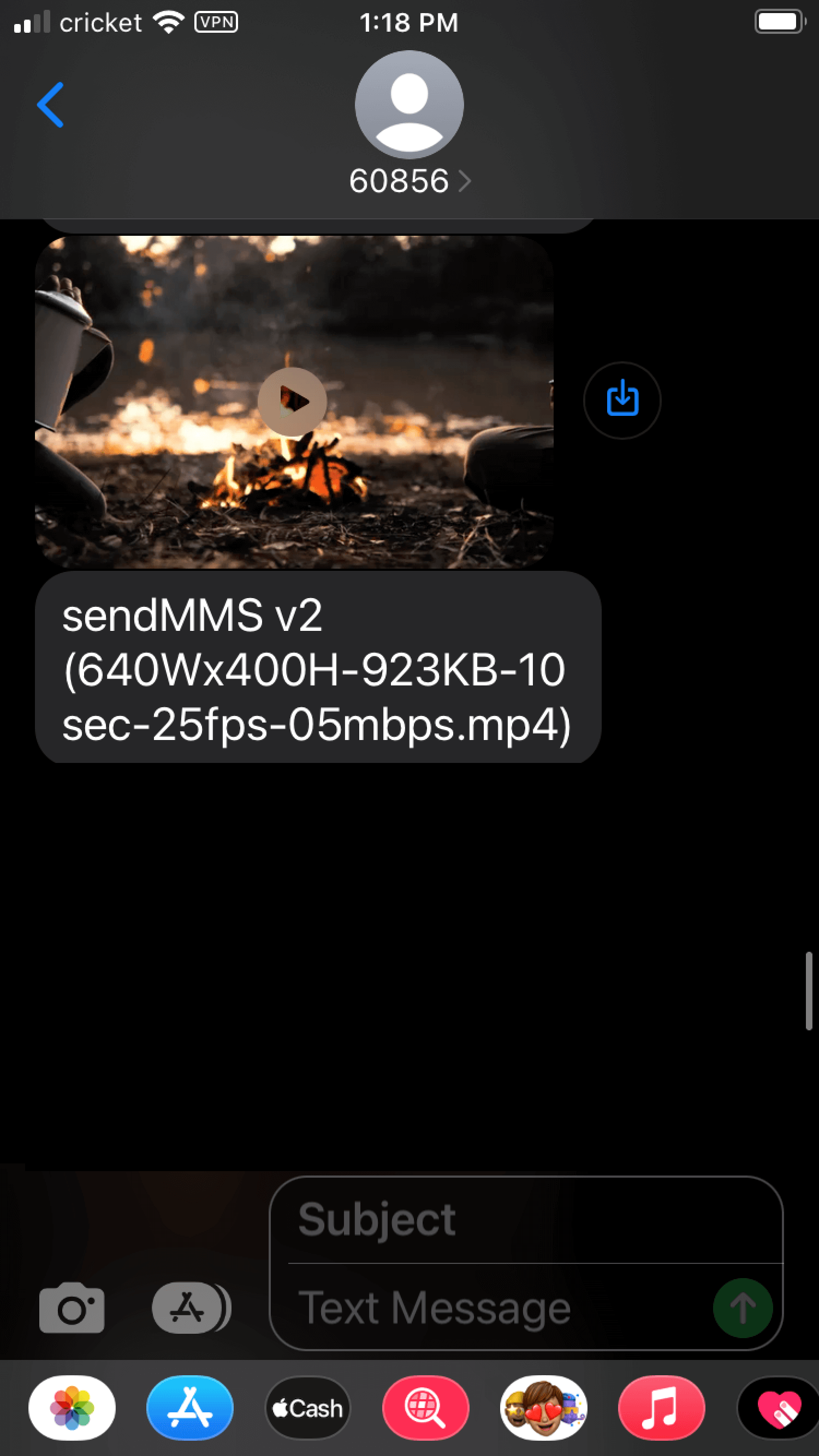 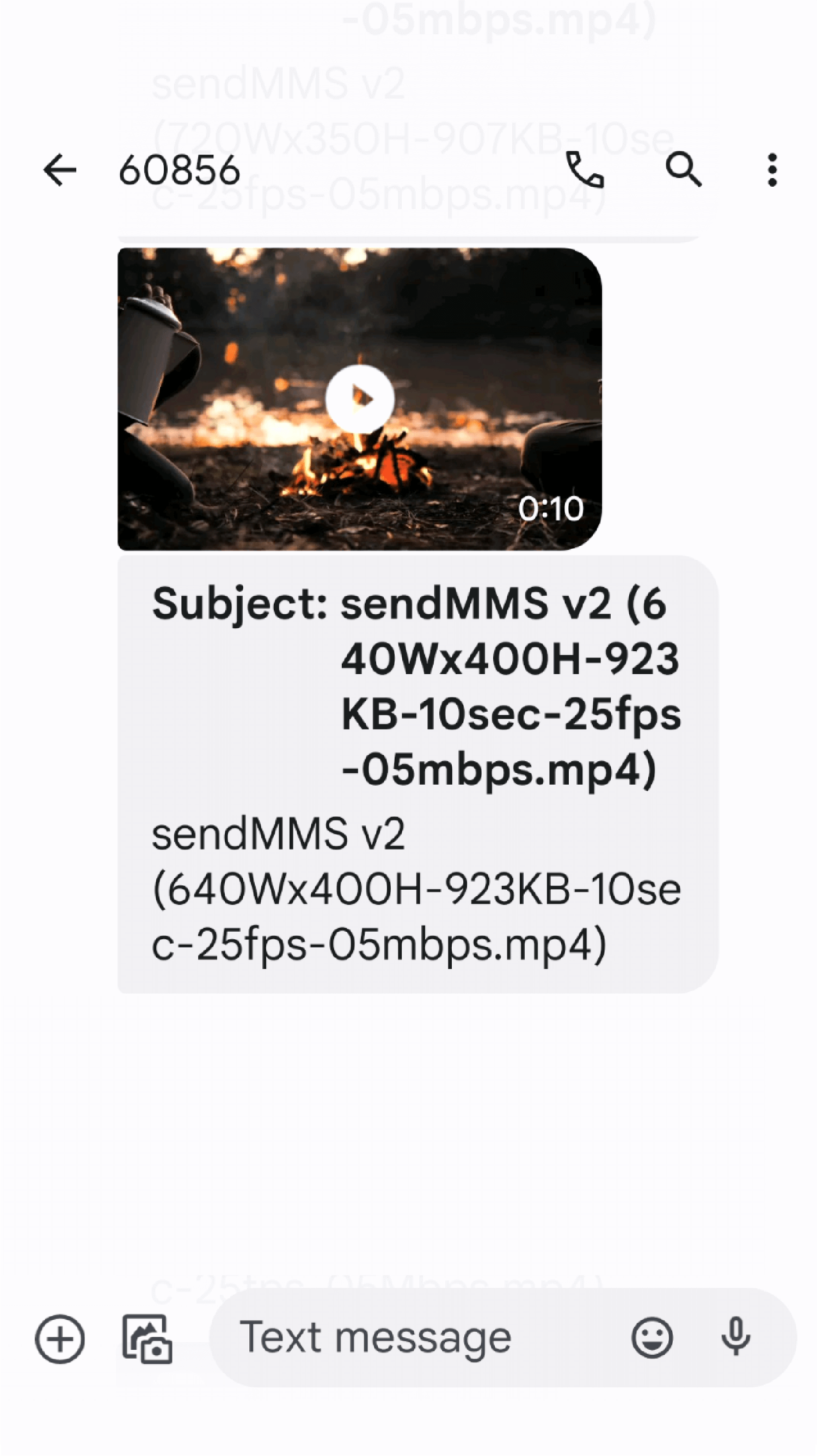 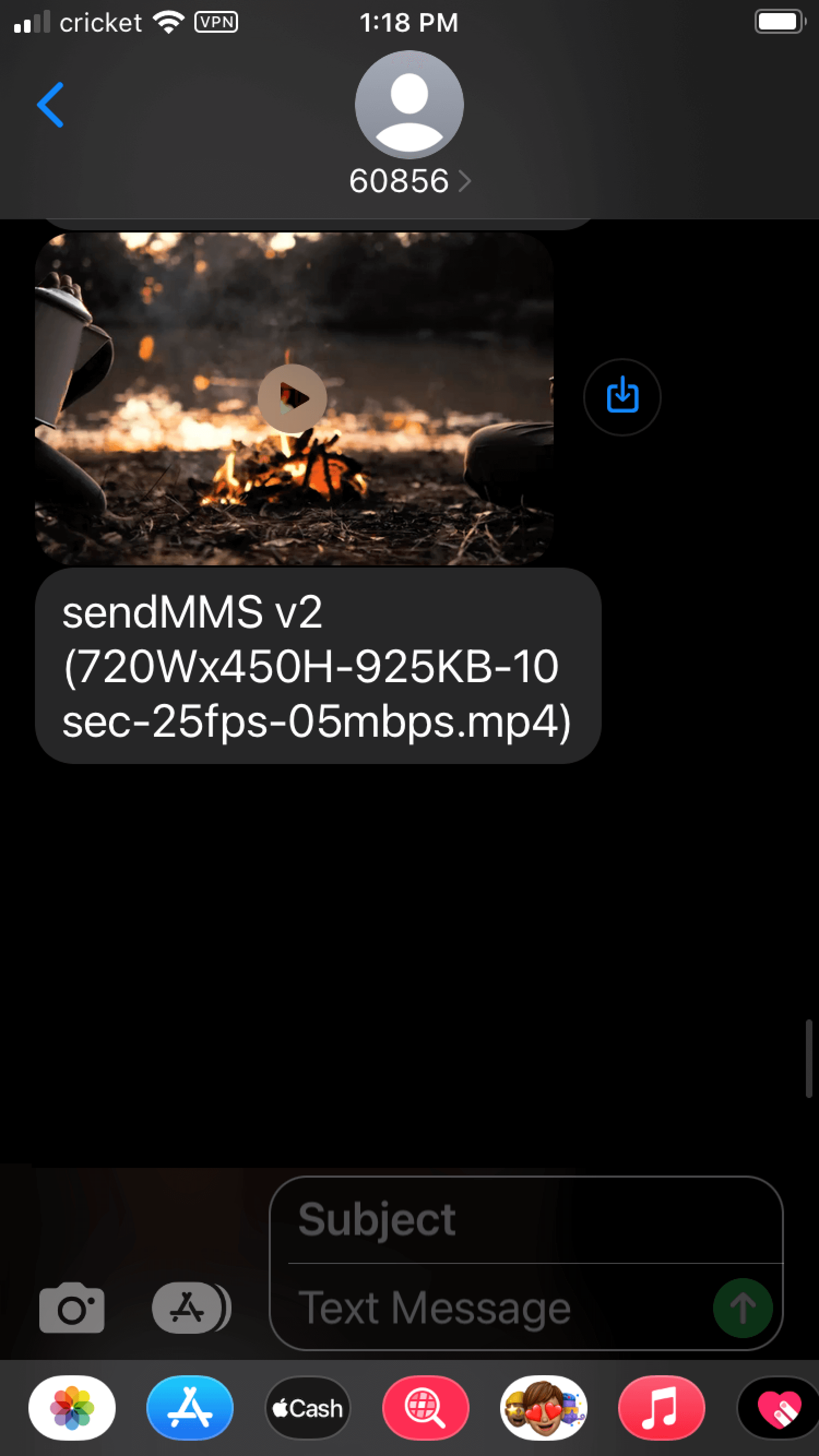 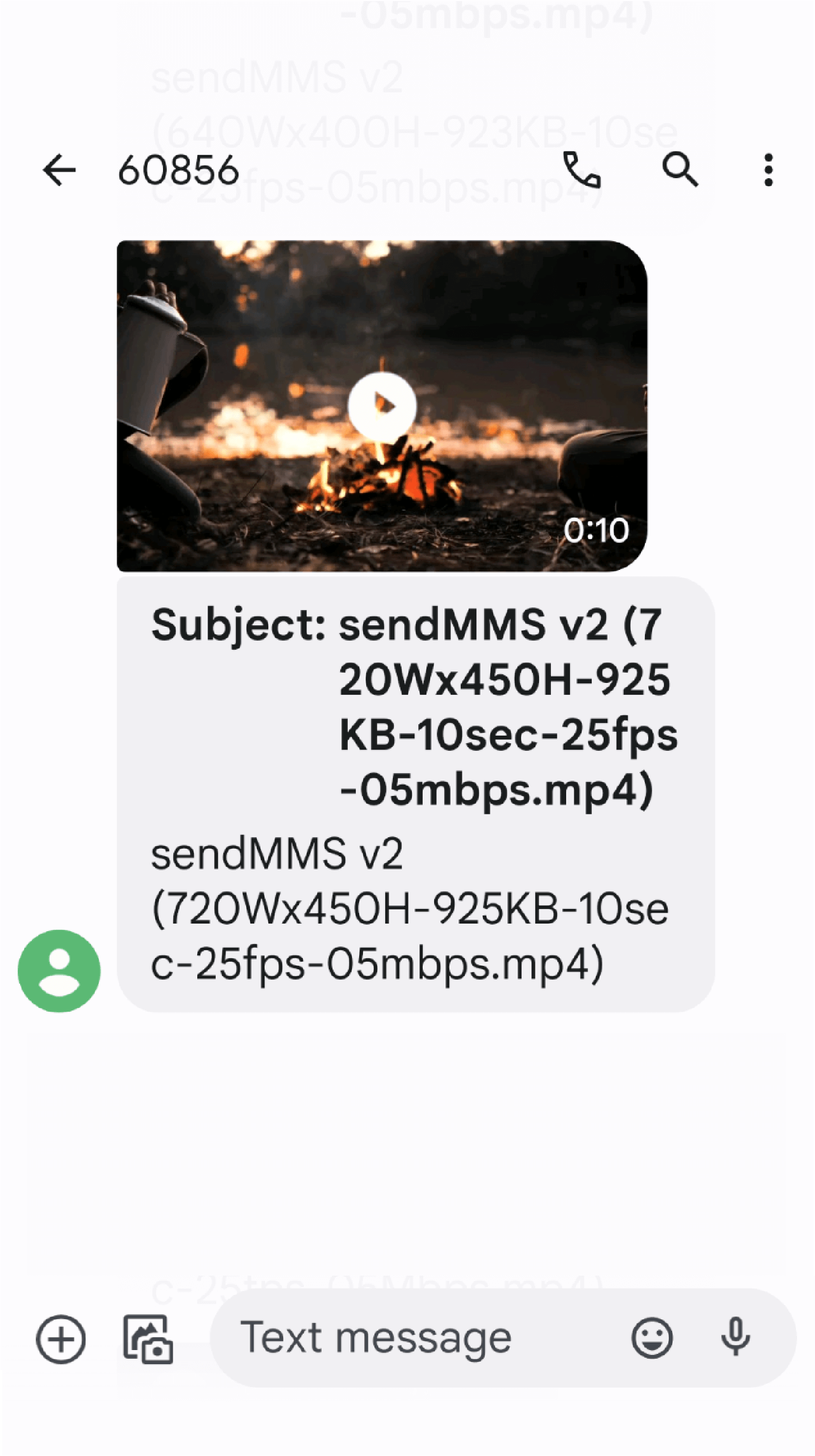 Following the tests we described above, we found that as the heights of the videos increased, the heights of their thumbnails also increased. Therefore, if you keep the ratio of the video within 1W:2H and meet the minimum video width requirement, your MMS video thumbnail will look good. To avoid small video thumbnails being generated, we would recommend 720H and 540W to be the minimum width size of the video and to always keep the height less than 2x the width. Keep in mind that increasing the dimension of the video means increasing the file size and should be taken into consideration for MMS message delivery. 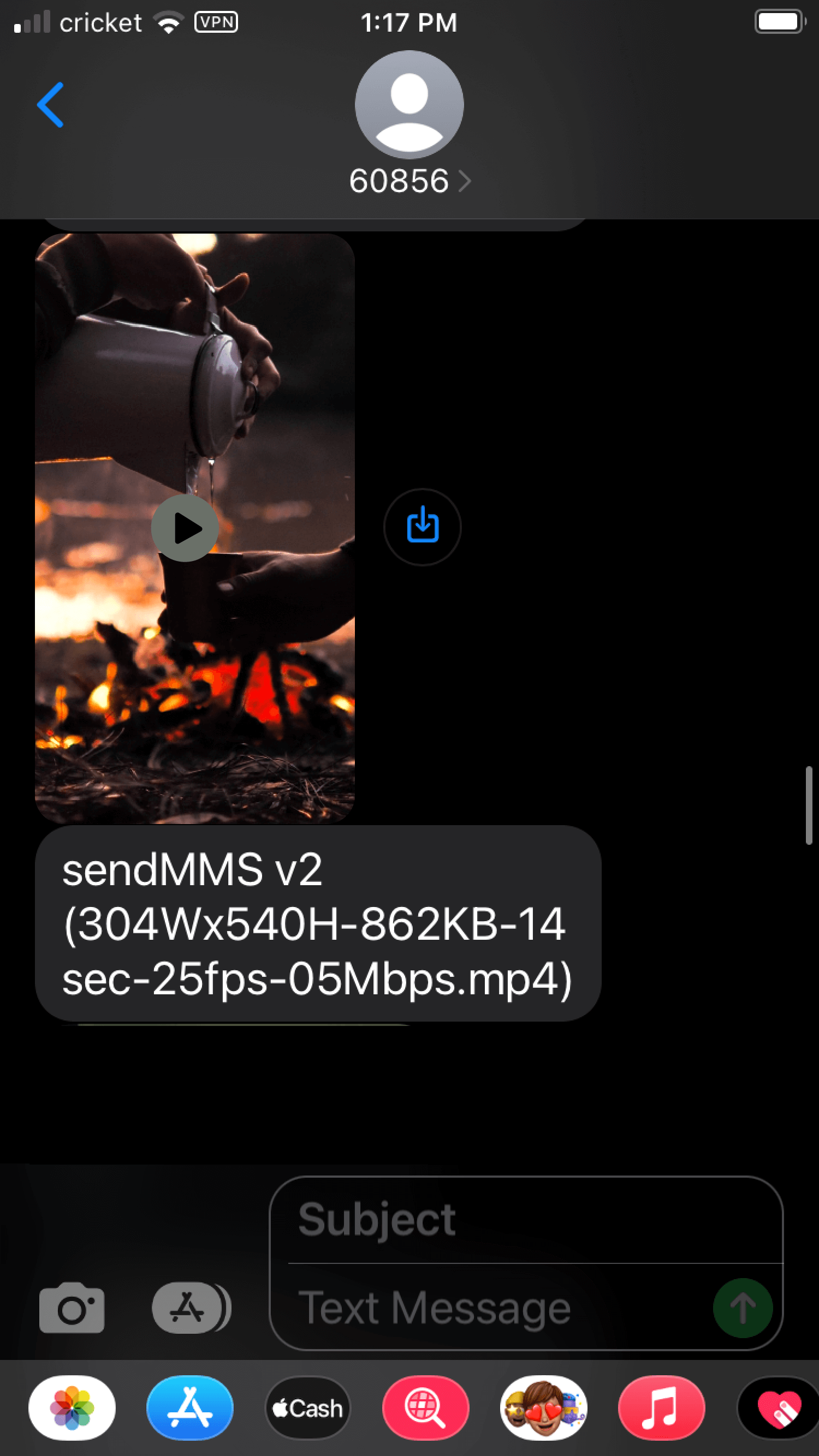 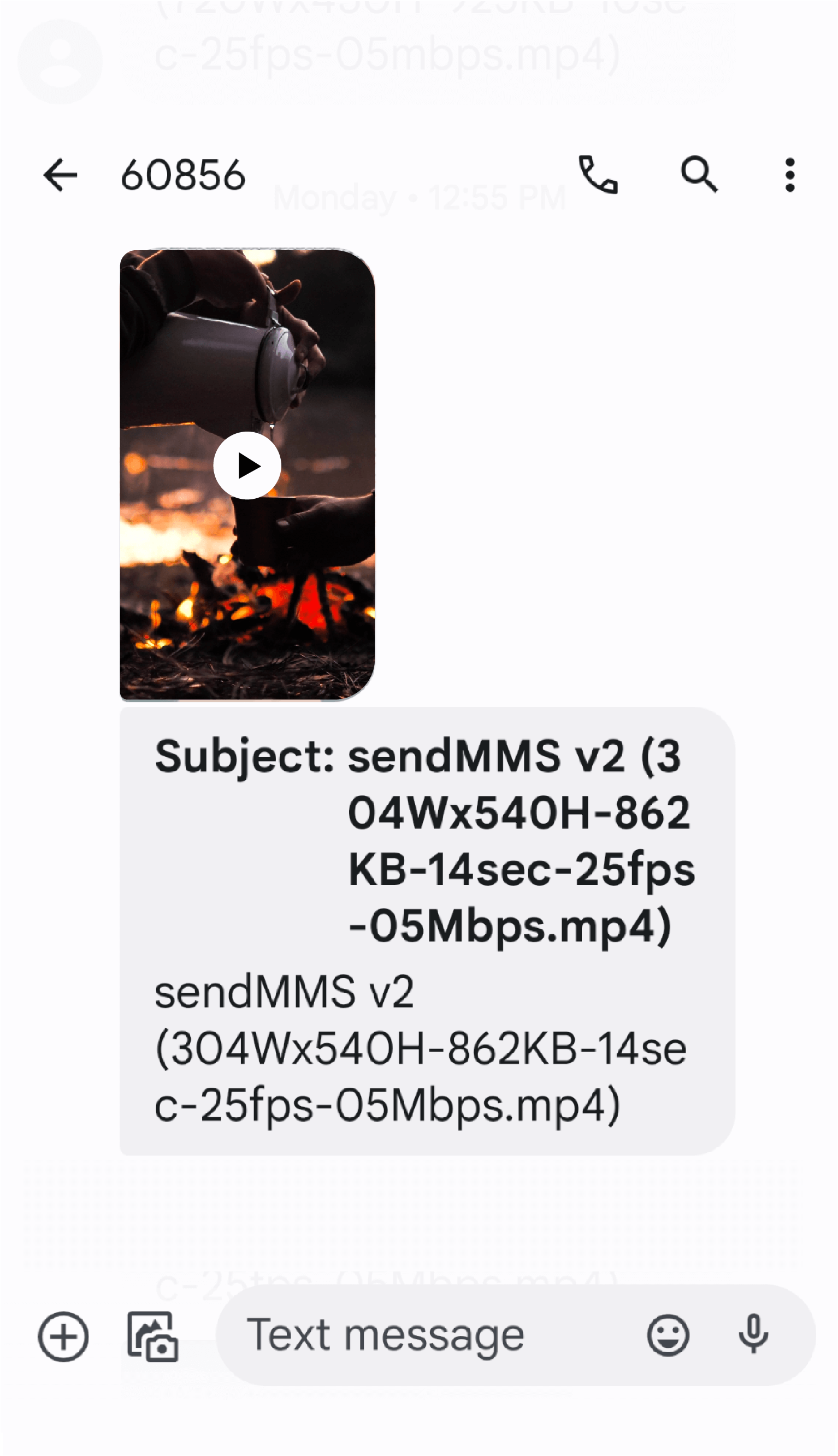 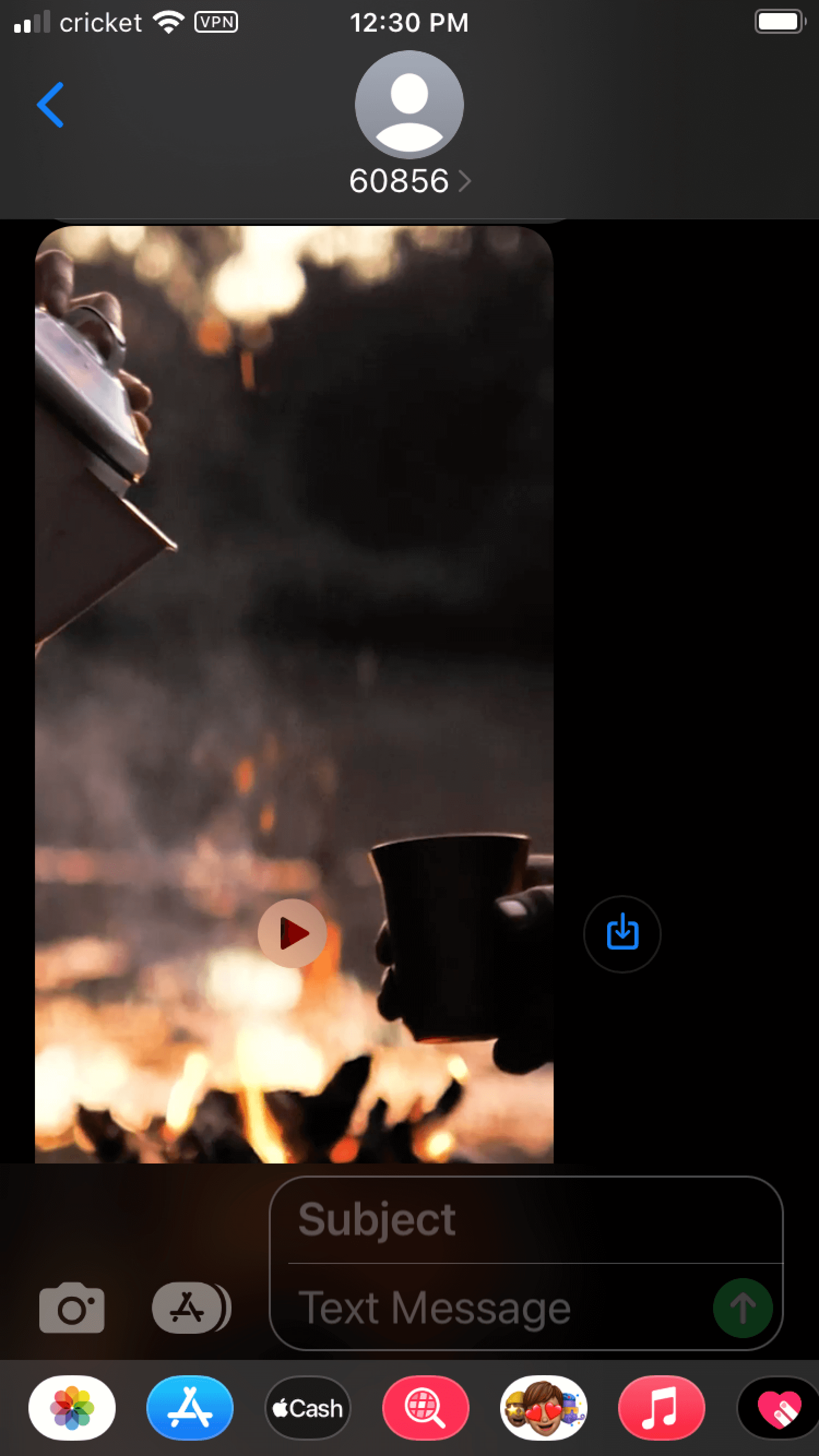 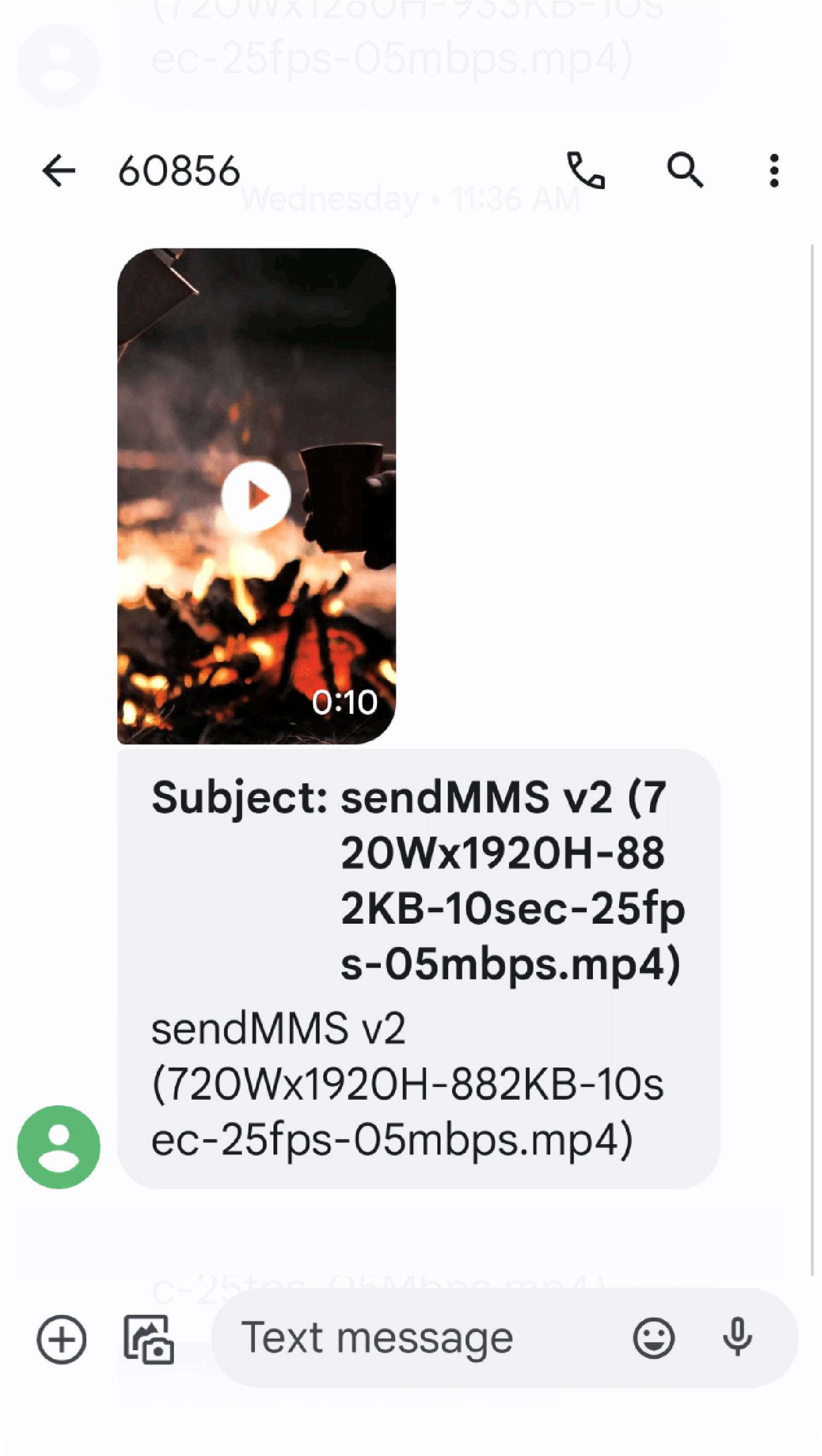 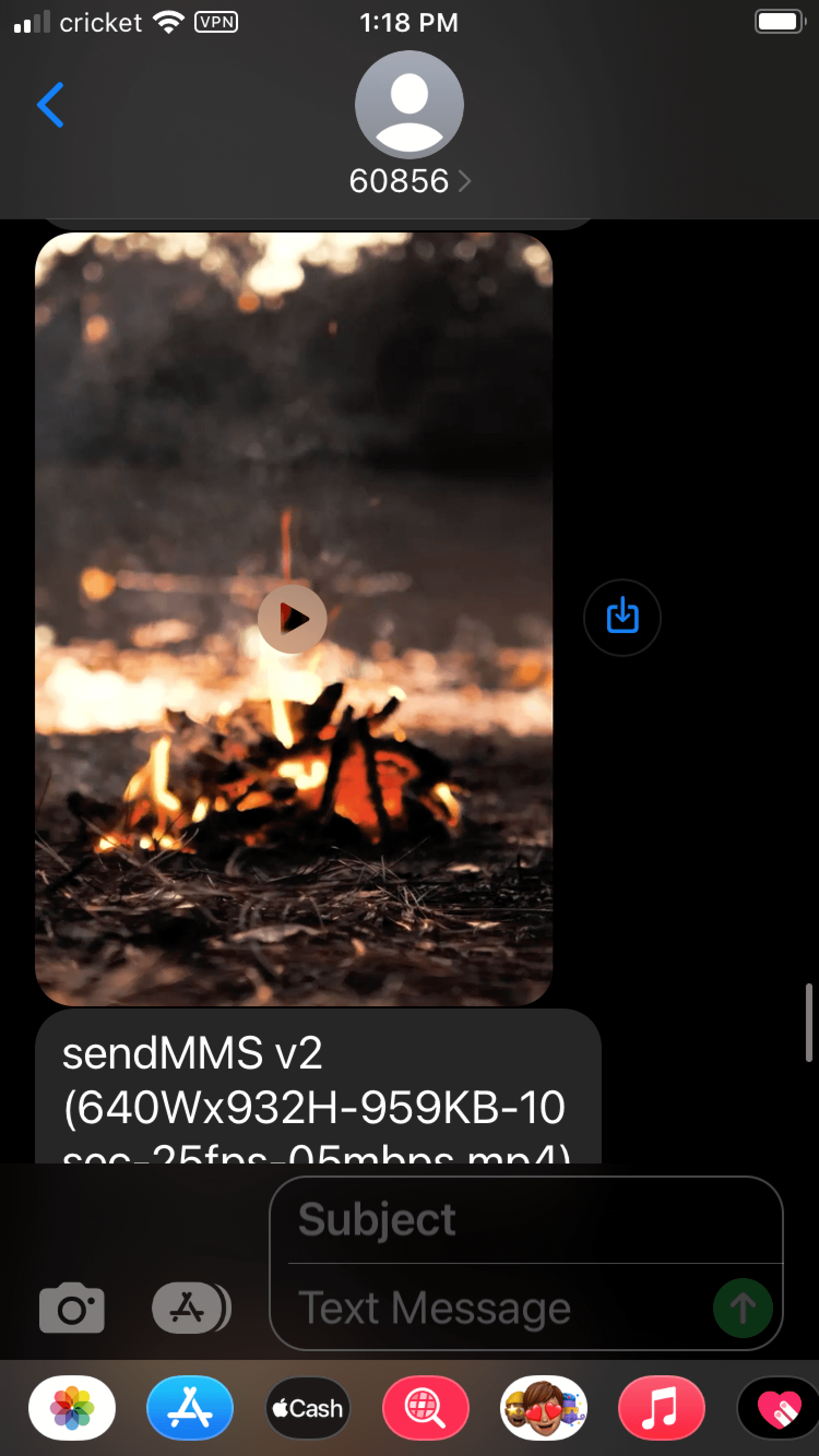 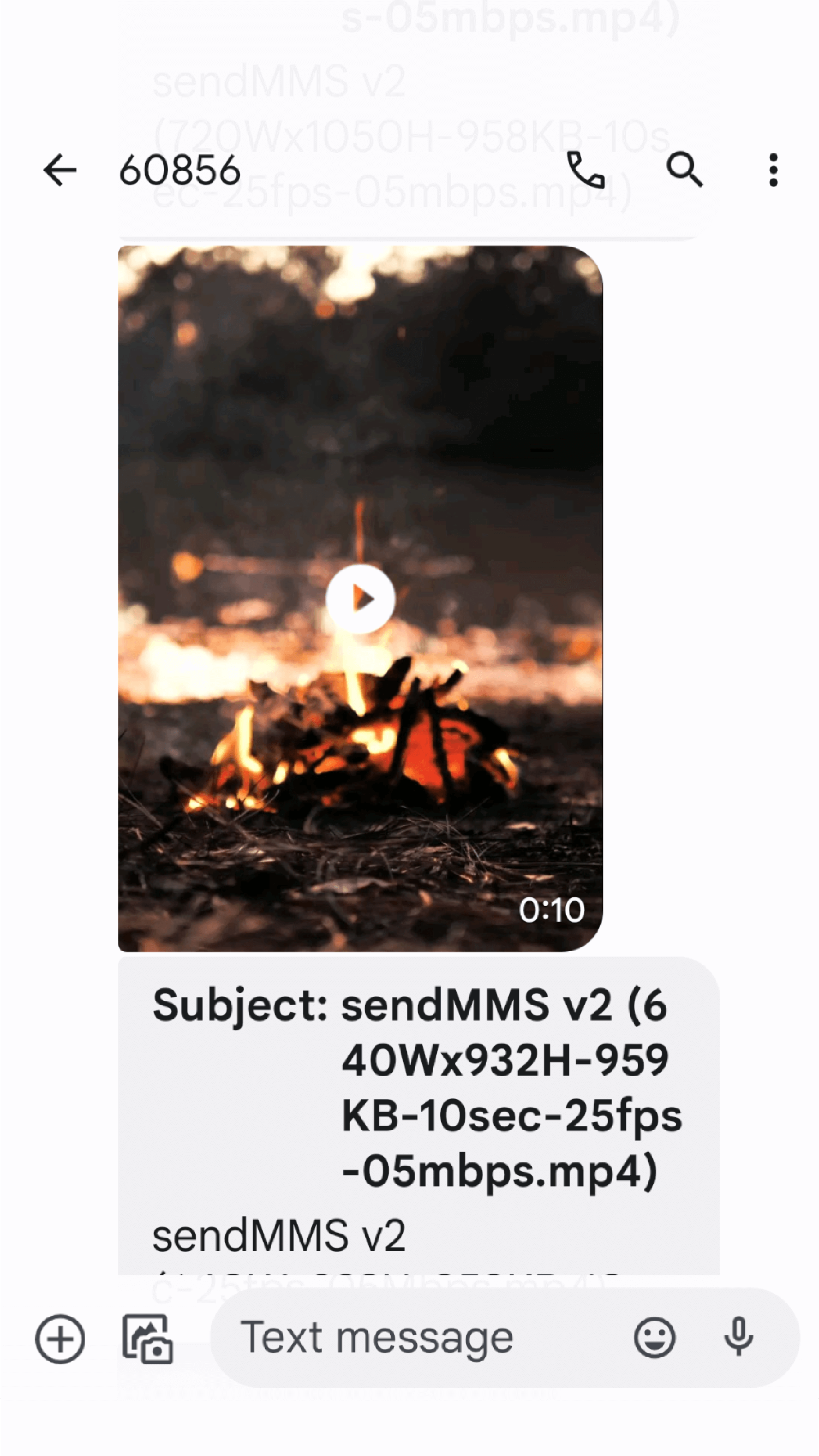 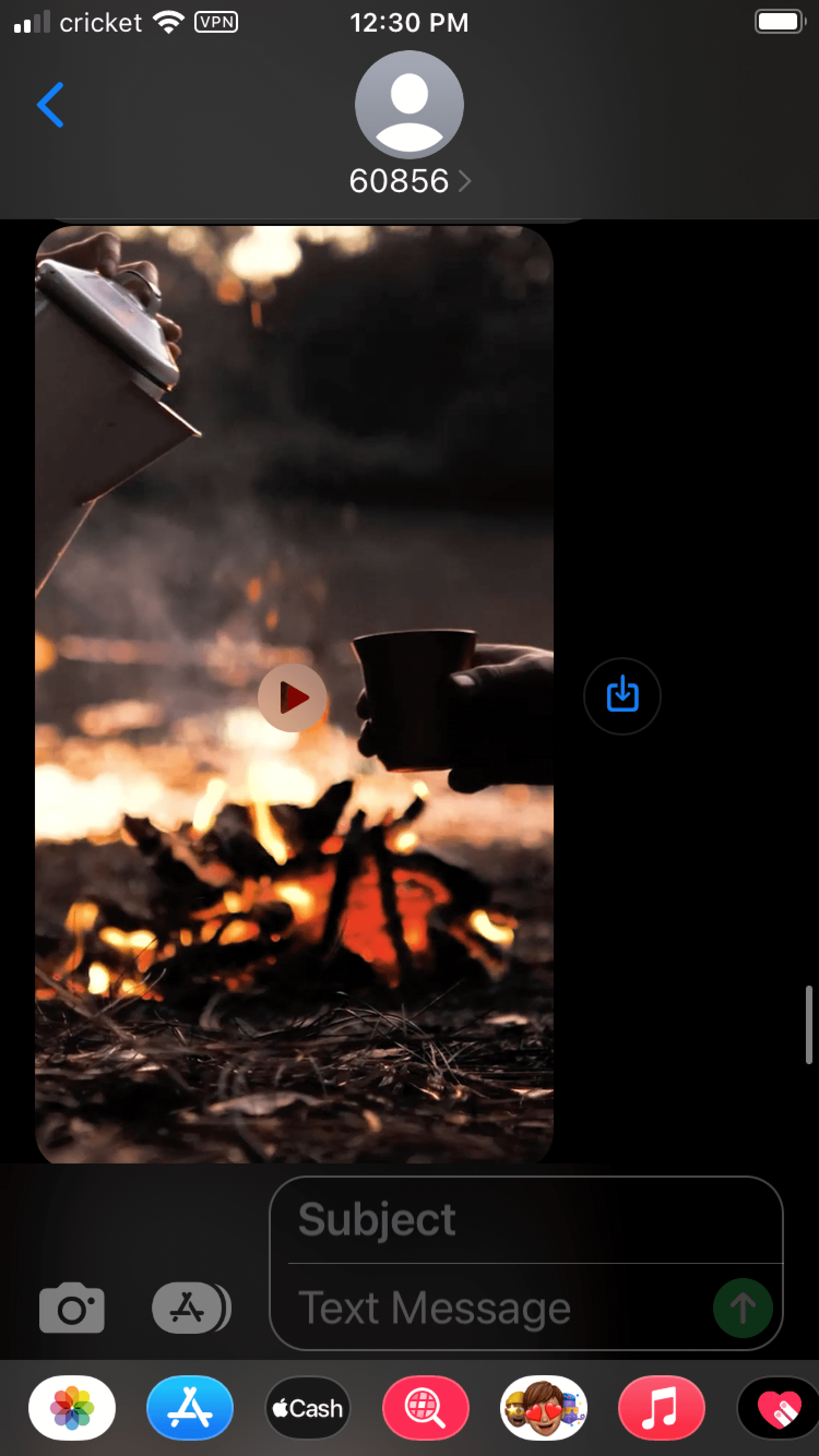 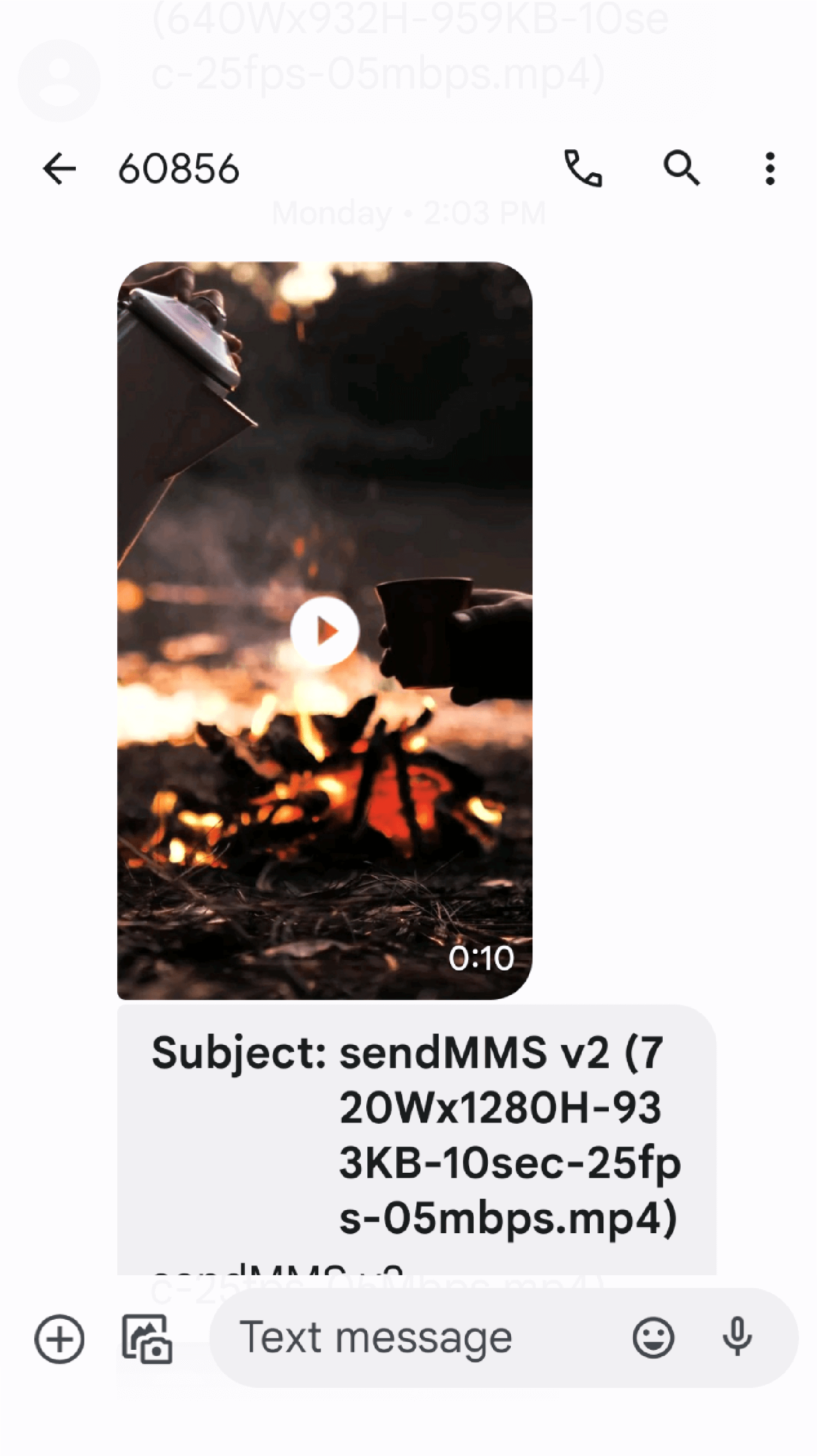 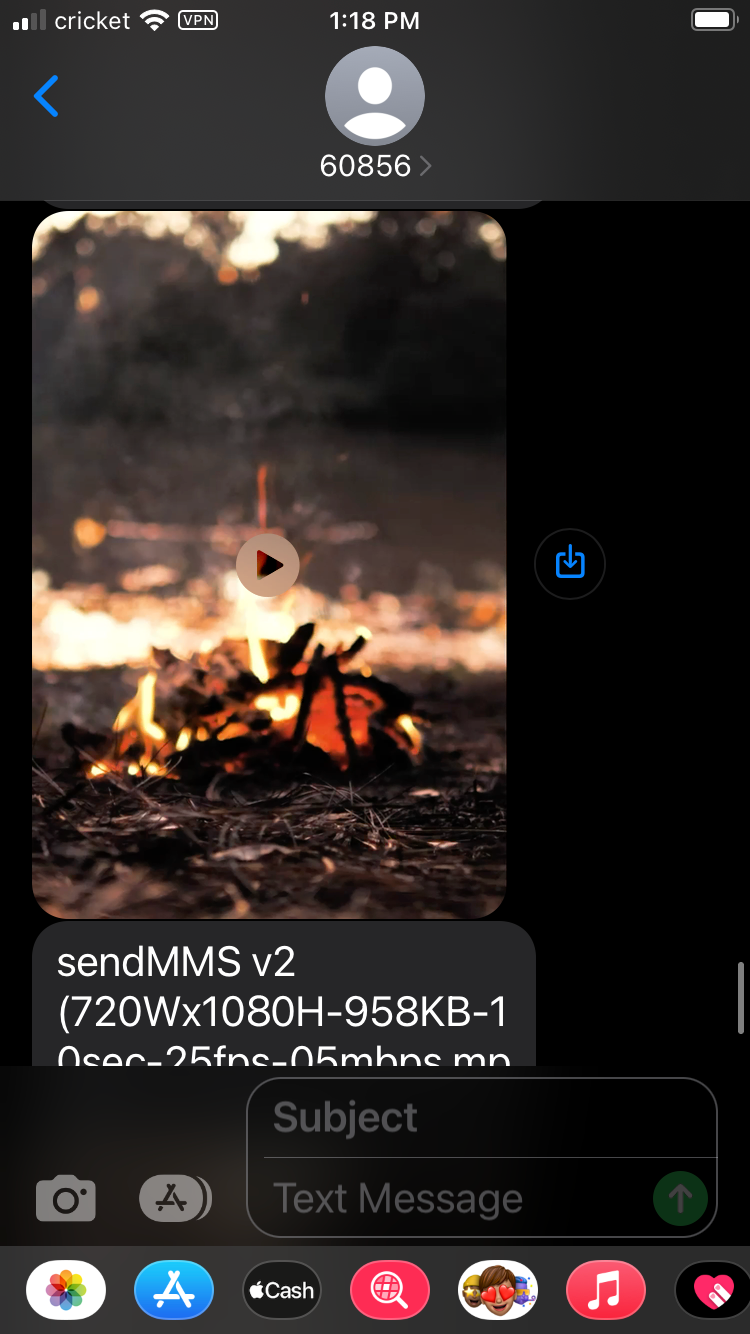 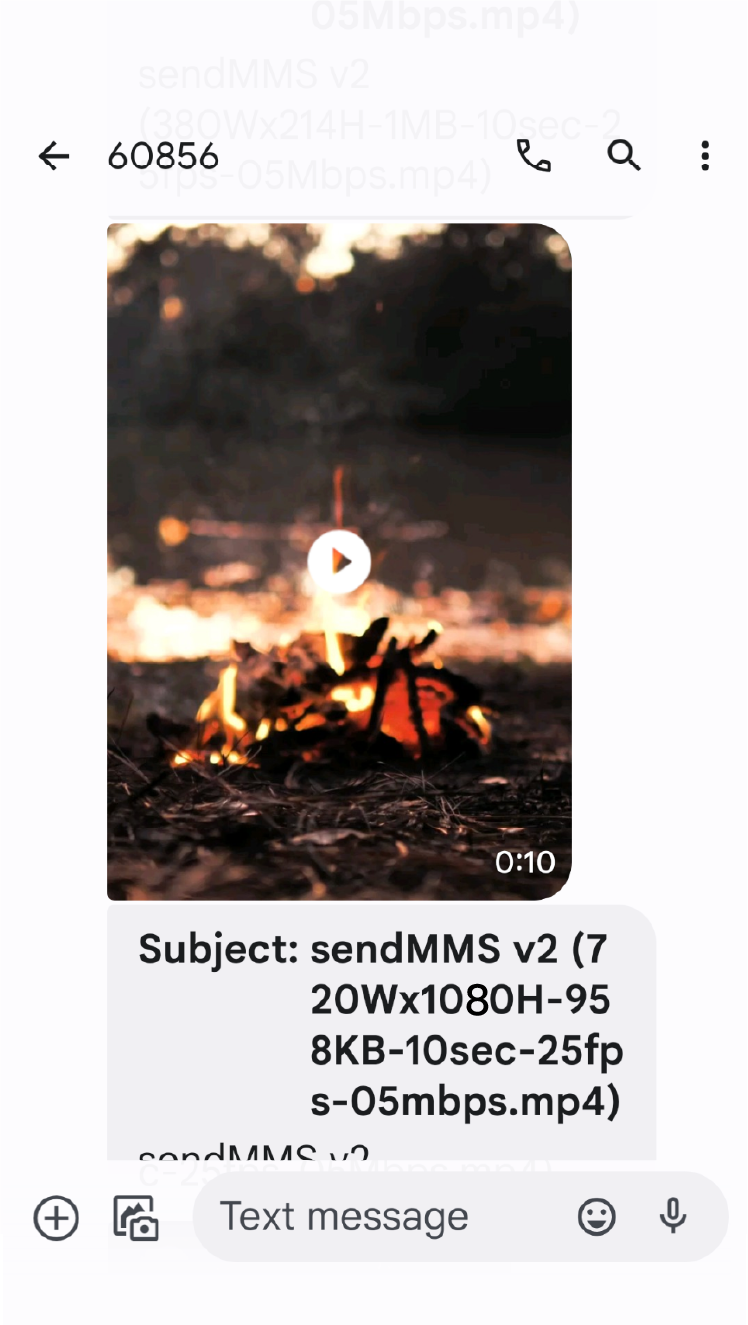 Have more questions about MMS Videos and best practices?