Benefits of the update

Most campaigns require some sort of double opt-in by the consumer. With the new “Unconfirmed Numbers” tab view, account holders can see phone numbers that have attempted to opt-in but have not replied YES to the opt-in request message. This allows account holders to see how many customers have not completing the opt-in process. It also allows customers who are collecting web form data with their opt-ins to export this other data for analysis.

How does it work

The “Deport Numbers” button will allow users to unsubscribe phone numbers in bulk. Removed numbers will no longer show up on the “Subscribed tab”; they will be displayed on the “Unsubscribed” tab. 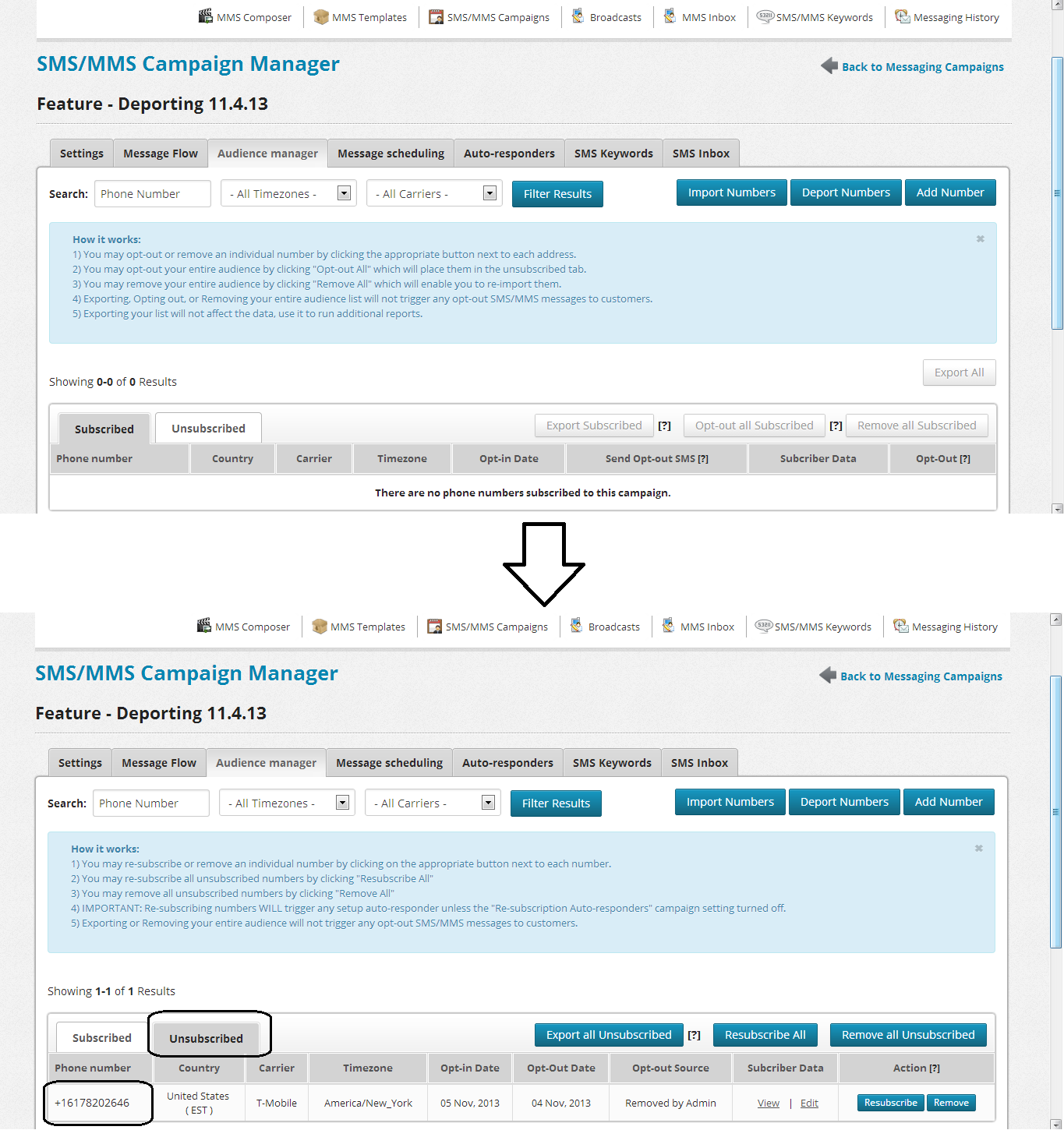